pre- reduction whilst in winter dormancy. 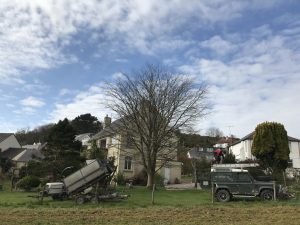 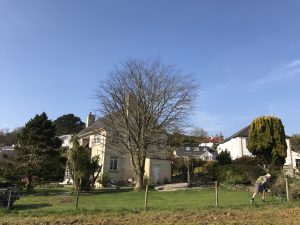 Canopy reduction towards the building and windows to allow more light into the living area. 3-4 metres removed on this side of the Copper Beech, whilst maintaining a good crown balance. 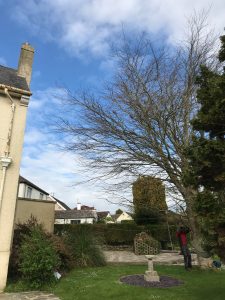 Raising the crown to 3 metres to allow for easy pedestrian access (grass-trimming) around the tree. 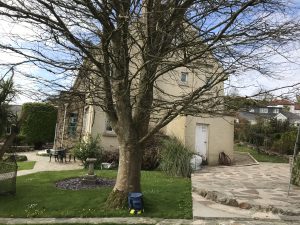 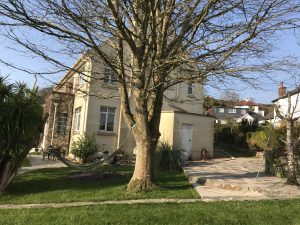 Southern view of the canopy reduction. 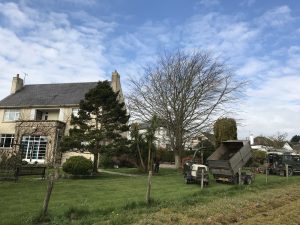 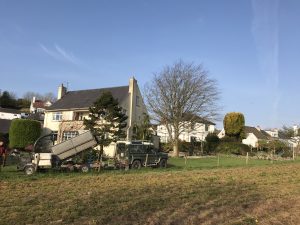 Oliver fine tuning the finishing appearance of the crown. 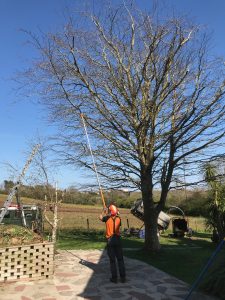 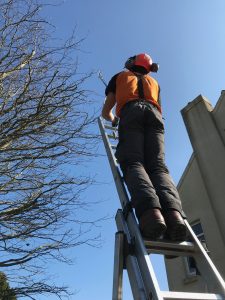 Natural bracing of a defected crotch.

To the bottom of the picture is the crotch that has a defected connection called a compression union that will fail in later life. The tree is aware of this defect and has deliberatly crossed over a limb with a stem and interlocked them to prevent the stems failing, with the potential death of the complete tree.

This is plant intelligence and is a common branch and crotch adaptation on Beech trees and should remain in situ. 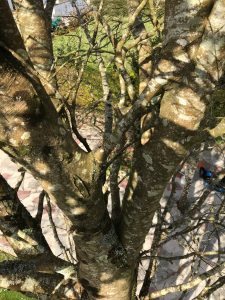 Another example of crossing-over limbs to secure a defected crotch below them. I was trained to remove these in my apprenticeship in the late 90’s and this is still advised in the BS3998 (2010) – Tree Care. Though recent studies have found they are detrimental to the mechanical stability of the crown. If they are present check the branch unions below the stem/branches that the cross overs are attached to and if they have a compression union/included bark ridge then they should remain. 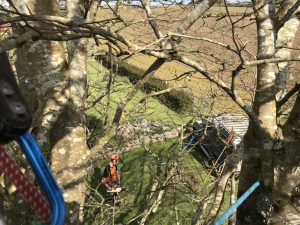 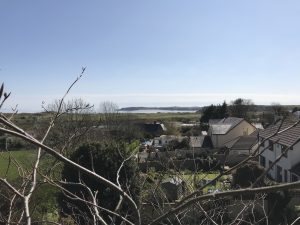